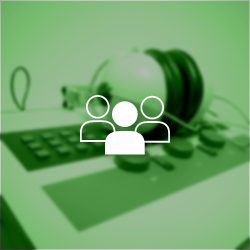 Marcia was born and raised in Central Vermont.  She earned her Bachelor’s Degree in Communication Science and Disorders from the University of Vermont in 1990 and her Master’s Degree in Audiology from Northeastern University in 1993.  She worked in several hospitals and clinics in the Boston area before moving back to Vermont in 1999 to take a position with the Dartmouth-Hitchcock Medical Center at a clinic located at the Central Vermont Hospital.  In 2003 she opened her practice, Vermont Audiology, and has since been proudly serving Central Vermont and its surrounding communities.

Marcia is Vermont licensed and nationally accredited by the American Speech, Language and Hearing Association and is a Fellow of the American Academy of Audiology.  She has worked as an advisor on several boards, including instituting the Universal Newborn Hearing Screening Program in Vermont as well as the Vermont Licensing Board.  She is also active in Special Olympics, serving as the clinical coordinator for the Healthy Hearing program, which is part of the Healthy Athletes initiative run by Special Olympics.